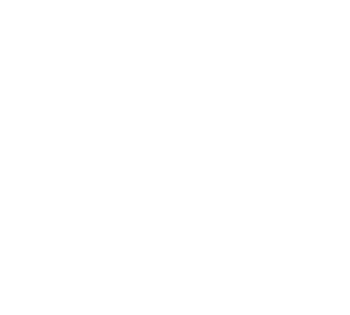 0x00WE15E7
exhibition at
Servando Barreiro
Brendan Howell
Julian Oliver
Gordan Savičić
Bengt Sjölén
Danja Vasiliev
data is anything in a form suitable for use with a computer. data is often distinguished from programs. a program is a set of instructions that detail a task for the computer to perform. in this sense, data is thus everything that is not program code.[1]
1. computationally generated code and executable data can be considered both a code and a data, effectively making the above statement a subject for dispute.
20-27 May 2011
from 12.00 till 18.00
opening: 19 May, 20.00
Weisestraße 7 / Selchower Straße 7
U8 Boddinstraße, Neukölln, Berlin 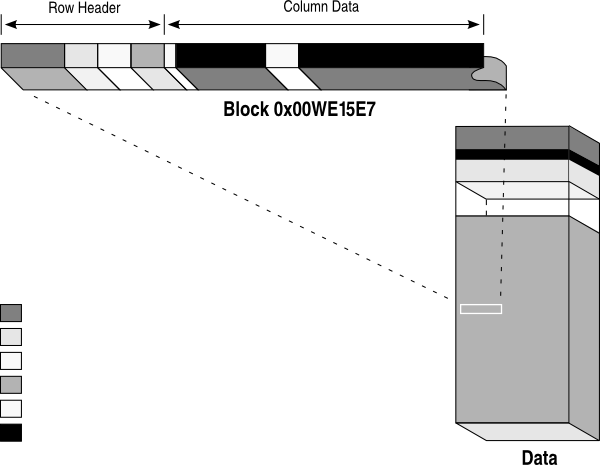 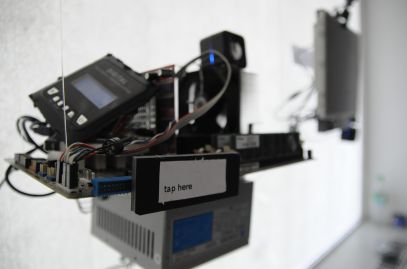 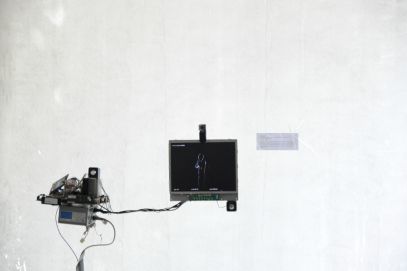 Stoerung is a Frankenstein computer, it doesn't have heart (hard disk) but it is able to feel when someone touches it. Stoerung spends the lost hours counting the people that comes in the space and also generates an audio soundscape based on the movements of the audience.
Stoerung 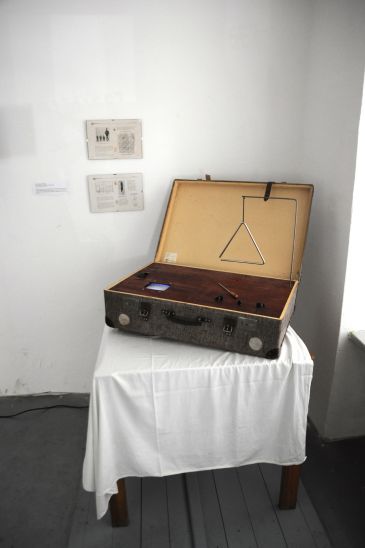 The device never came to market due to a shift in company focus to military applications and lack of audience. It exists as a curious example of early engineering concepts and approaches to electronic music. 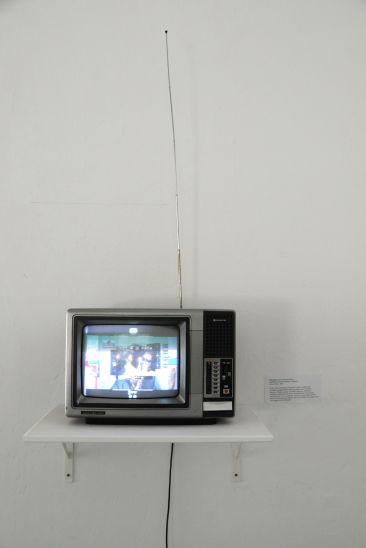 Unlike other televisions, Föhnseher is able to capture and reconstruct images downloaded by people on local wireless networks. Phones, laptops and tablet computers all become broadcast stations for this device, providing hours of intruding entertainment. To try it yourself, connect to a local open wireless network and browse the internet. You will probably see images from those pages on the Föhnseher.
(Seer of Warm Winds)
>>> 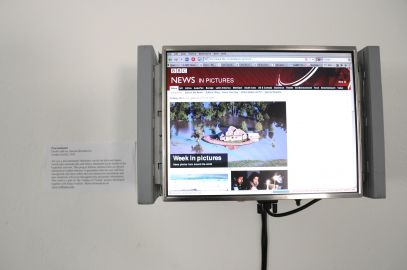 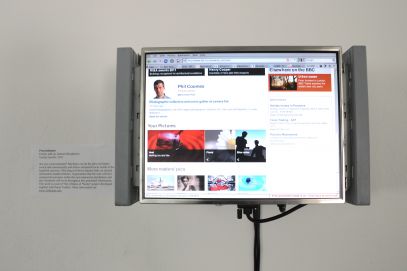 Are you a procrastinator? Machines can do the job even better, switch tabs automatically and follow simulated tracks inside of the hyperlink universe. This plug-in follows internal links on several information-loaded websites. It guarantees that the user will face unexpected outcomes within this non-interactive installation and new narrations will occur throughout this processed information. 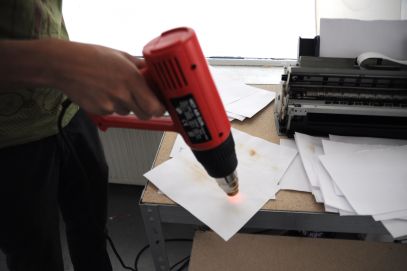 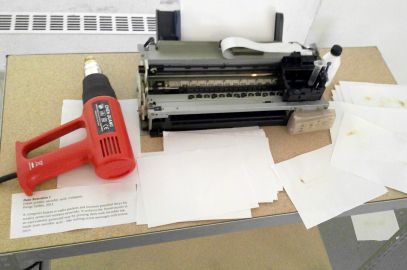 A computer listens to radio packets and recovers potential keys for weakly protected wireless networks. It archives the found secrets in an equivalently protected way by printing them with invisible ink made from ascorbic acid – like writing secret messages with lemon juice. 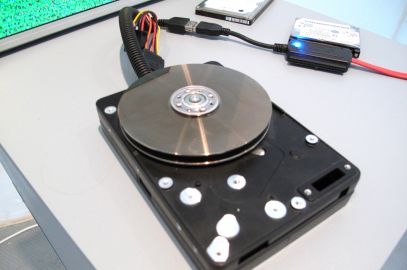 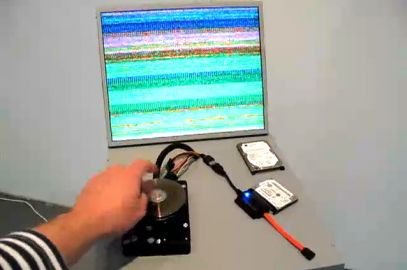 Digital data are collections or sequences of True/False values, commonly refereed to as 'ones and zeros'. Using rotary interface of this 'Harddisk Playback Station' prototype you can playback raw digital data (0101011011011011011s) - rendered as video and sound.